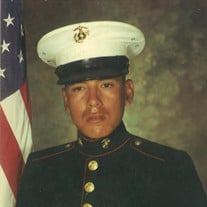 Aaron Levi Widow was born January 14, 1953 to Dallas and Minnie (Fast Horse) Two Crow, at the Cheyenne River Old Agency. He lived his years in the Red Scaffold Community with his adopted parents, Ervin “Moe” Widow and Drucilla Thunder Hoop. He attended grade school to the sixth grade in Faith and then completed his junior high and high school years at the C-EB Dormitory. Aaron excelled in the sports of basketball, cross country and track. Aaron cherished his many memories of the peer groups he was a part of during his grade school and high school years, and many of his childhood friendship became lifelong friendships. Aaron was part of the Red Scaffold Drum group for many years and it was with this group that he learned many of the old traditional songs. He was always on the powwow trail and if he wasn’t traveling, then you could always find him at inipi ceremony, yuwinpi and Sundance. On April 14, 1972 he traveled to Fargo, ND and where he begin his journey to Camp Penlteon at San Diego, CA to enlist in the Unites States Marine Corps. During his basic training he received special training as a Rifel Man and after basic training was completed he was assigned an overseas duty station. During his Marine Corps duty he received the National Defense Service Award. He was honorably discharged from the USMC and returned Rapid City where he worked in construction for many years at the Ellsworth Airforce Base. In 1984 he met the love of his life, Nora Low Dog, and together they welcomed into their life on April 30, 1985 the birth of their eldest daughter, Erinann. On August 9, 1986 Aaron and Nora were married and on Christmas Day, 1986m they then returned to the Cheyenne River Sioux Tribe Reservation. In 1993 Aaron and Nora moved to Eagle Butte and in 1994 Aaron started work at the Four Bands as a Community Counselor. He remained employed at Four Bands for many years. Later on, Galen Means, CRST Property & Supply Director hired Aaron to and he begin working for the Oyate at the Tribe’s Property & Supply. It was during this time that he had the honor of personally meeting President Bill Clinton. Also, while at the Property & Supply he enjoyed working with fellow co-workers, Butch “Snoop” and Walter Hanson, also know as Bubble Gum and Duct Tape! While at Property & Supply, Aaron’s work experience had him participate in very important CRST Reservation wide disaster relief efforts: the 2010 Blizzard Emergency Efforts, 2012 Dupree Tornado Disaster Relief Effort coordinated with FEMA and the CRST NO DAPL Relief Operation. Other important work related areas he assisted with were the TERO Building Renovation, Home Repair Program, HIP Building Decks Program, OTI KAGA Emergency Hire, IHS Old Hospital, Takini School Janitor, Red Scaffold Old School Custodian, City & CRST Programs Special Signs, and numerous other CRST job positions. Aaron actively worked until 2016 at which time he had to retire due to his cancer diagnosis. One of Aaron’s favorite and heartfelt messages to many throughout his life was the simple but powerful message: “Talk to one another, Stand together, We are a Tribe, We are One, Work Together!” Aaron is survived by his wife, Nora Widow of Eagle Butte. Two sons: Robert Spotted Bear, Spoken, WA and Merritt LeBeau of Chamberlain, SD. Two daughters: Erin Widow of Rapid City, SD and Virginia Widow of Eagle Butte. Six brothers: Raymond Two Crow of Albuquerque, NM, Richard Red Elk of Eagle Butte, Gilbert Red Dog of On The Tree Road, Buddy Knife, Red Scaffold, SD, Randall Knife of Eagle Butte, and Joel Elk of Wyoming. Five sisters: Janice Elk of Wyoming, Elaine Widow of Takini, SD, Denise Fast Horse and Marvella Jewett of Rapid City, SD, and Jackie Dunn, Eagle Butte. 5 Grandchildren: Katana Spotted Bear, Houston Lewis, Jr., Ambrose Lewis, Dreamer Widow and Kai Spotted Bear. He was preceded in death by his natural parents, Dallas Two Crow and Minnie Fast Horse, his adopted parents, Gilbert & Drucilla (Thunder Hoop) Widow. Two brothers, Randy Two Crow and Keith Fast Horse and one sister, Phyllis Johnson, and many other family members and friends.

The family of Aaron L. Widow created this Life Tributes page to make it easy to share your memories.