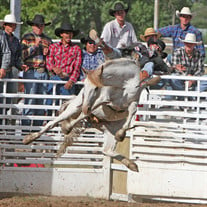 Dear Cheyenne River Lakota Oyate Family, please note the following Loren LaPlante, Jr. obituary information with prayerful thoughts for the deceased and the LaPlante Tiyospaye: Loren LaPlante, Jr., age 29, of Eagle Butte, SD, entered the Spirit world on Wednesday, November 13, 2019 at Avera McKinnan Hospital in Sioux Falls, SD. Wake services will begin at 7:00 PM, Wednesday, November 20, 2019, at CRST Bingo Hall, Eagle Butte. Funeral Services will begin at 10:00 AM, Thursday, November 21, at the CRST Bingo Hall. Following a luncheon, burial will take place at the Congregational Cemetery at LaPlante, SD. All Riders are asked to gather at the CRST Rodeo Grounds at 3:30 PM on Wednesday, November 20 to lead the funeral procession to the Bingo Hall. And a last ride honoring will take place once the funeral procession has arrived in LaPlante. Loren Dale “LD” LaPlante, Jr. entered the Spirit on Wednesday, November 13, 2019 at Avera McKinnan Hospital in Sioux Falls, SD. LD was born on September 18, 1990 at Pierre, SD to Loren & Esther (Iron Moccasin) LaPlante, Sr. LD lost his mother, Esther, at the tender age of 4 to a car accident, and his Father, Loren, a short 6 years later. He then lived with various relatives. He spent most of his high school years with Mark & Connie Knight. LD went to school and graduated from Cheyenne-Eagle Butte High School in 2009. While in High School LD excelled in both wrestling and rodeo, and LD later qualified for the State Wrestling Tournament, as well as the State Track finals. He also qualified for the State High School Rodeo Finals in the bareback riding event. He was also an accomplished bull rider, too. On February 25, 2012, the joy of his life, Acen William LaPlante, was born. Then on June 7, 2016 his daughter Taya Dupris was born. On December 27, 2018 Rozlynn Marley Denise was born. LD loved his children very much and cherished his time spent with them. LD had a smile that melted the hearts of many and was known for his “Million Dollar Smile”. He was a hard worker and worked at different jobs and ranches. He was hardheaded and stubborn and right. He was well known in the Pierre area for his ranching abilities and his talent for working with horses. He worked and stayed at a lot of different ranches in the area, the most recent being the Edie, Bill and Lucy Knight ranches, where hung his hat and called home. He was living in Pierre at the time of his passing. He is survived by his children, Acen, Taya, and Rozlynn. Brothers, Lloyd (Tracy) Thompson, Jr., of Rapid City, SD, Patrick (JoAnne) Eagle Chasing, Jr., Pierre, SD. Sisters: Hope (Mike) Shields and Jannon (Jay) Dog Eagle of Pierre, Dawn LaPlante, Eagle Butte, Willie Jon Eagle Chasing (CR Marshall) of Promise, SD, and Trinady (Mervin) Hill of LaPlante. Numerous nieces, nephews, relatives and friends too numerous to mention. He was preceded in death by his parents, Loren & Esther LaPlante, Sr., his sister, Tiffany, nephews, Trey LaPlante, Ty Kraft, niece, Rosaline Eagle Chasing Funeral arrangements have been entrusted to Rooks Funeral Home of Eagle Butte, SD. Kindly yours, Charlie Rooks Funeral Director charlesrooksfuneralhome.com

The family of Loren D. "LD" LaPlante Jr. created this Life Tributes page to make it easy to share your memories.