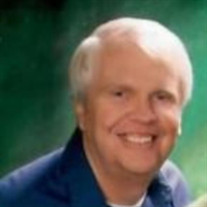 Steven Lance Schjodt passed away on April 17, 2021 at the age of 63, in Rapid City, SD. His battle with a glioblastoma brain tumor, an uncurable disease, for nearly four months showed his perseverance and strength in facing life challenges. Steve was born to parents Merle and Hazel Schjodt on May 23, 1957, in Sioux Falls, SD. As a child, Steve found his love for the lake, spending every weekend possible waterskiing, driving the boat, and creating endless memories with family and friends. Steve graduated from Washington High School in 1975. He received his Bachelor of Science (1979) and Master of Science (1983) degrees from South Dakota State University in Civil Engineering. Dedicated to his profession, Steve earned his Professional Engineer Certification in 1988. Steve served 40 years with U.S. Army Corps of Engineers, working on major projects that include the Pine Ridge Hospital and Sioux Falls Levee Restoration projects. On October 2, 1982, Steve married Colleen Diane Reeves from Sioux Falls, SD. Their marriage was blessed with two children, Kathleen and Daniel. Steve was a dedicated husband and father, spending countless hours building model airplanes and rockets, playing catch, rebounding baskets, taking hikes, camping, and leading many other family adventures. Steve loved playing sports and being outside. He was an avid hunter, fisher, softball player, and enjoyed playing cards. He was known for his kind spirit, great sense of humor, keen wit, and giant smile. Steve is survived by his wife, Collen Schjodt; daughter, Kathleen Schjodt, and son, Daniel Schjodt, of Bellevue, WA; brother, Greg Schjodt and wife Darci of Crooks, SD. Due to the Coronavirus pandemic, there will only be a private memorial service. Those wanting to remember Steve are encouraged to donate to St. Jude’s Children Hospital or simply do an act of kindness for a fellow human being. Funeral arrangements have been placed in the care of Rooks Funeral Home of Eagle Butte, SD

Steven Lance Schjodt passed away on April 17, 2021 at the age of 63, in Rapid City, SD. His battle with a glioblastoma brain tumor, an uncurable disease, for nearly four months showed his perseverance and strength in facing life challenges. Steve... View Obituary & Service Information

The family of Steven L. Schjodt created this Life Tributes page to make it easy to share your memories.