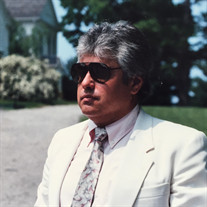 Virgil Dale Hauff of Valentine, NE entered eternal rest on Sunday, April 19th 2015. William Hauff and Cordelia Randall Hauff met at the OBS (Oglala Boarding School) in Pine Ridge, SD. They grew together and were married in December 23, 1946 in Pine Ridge, SD. To this union was born Virgil Dale, Karla Katherine, and Todd Randall. As Virgil’s Father William was an employee of the BIA they moved around quite frequently to include: Rosebud, Mobridge, Washington DC, and ultimately back to Kent High School. While Virgil’s transition from his home in Rosebud, South Dakota to Kent School was difficult he did so with ease. He broke into an athletic program filled with athletes who had played varsity sports together for several years before Virgil arrived. Although neither transition was easy, Virgil made both with grace, unselfishness, and significant effort each day, to say nothing of athletic talent not seen at Kent in a very long time. As a sophomore Virgil was a member of the l964 football team and played running back and defensive halfback. He scored 4 touchdowns that season. As a fifth former in l965 Virgil carried the ball 96 times for a team-leading 324 yards and 9 touchdowns. This included a 68-yard run against Taft and 2 interceptions. That team finished 5-2. In his sixth form year, Virgil was captain of the team and scored 6 touchdowns and 3 extra points. He was well known for his speed and elusiveness. As a sophomore Virgil joined a basketball team that returned four starters. He had a great season, scoring just under 10 points a game. As a senior he started on the 13-3 Tri-State League Championship Team and averaged just over 11 points per game. He was elected captain of the l967 team, which finished 7-9. Virgil averaged 16 points per game during that season and was awarded the Most Valuable Player Award at the end of the season. Virgil was a member of the varsity baseball team for three years. He pitched in one game as a fourth former, started 11 games as a fifth former and won 7 of them. Unfortunately he was injured for the entire baseball team in his sixth form year. Virgil combined toughness, agility, consistent intensity, and the unique quality of wanting the ball in critical situations to be one of the best athletes of his era. These traits, along with his easygoing, friendly personality, made Virgil highly respected and tremendously well liked. After Kent, Virgil attended Wabash College in Indiana where he made the varsity basketball team as a freshman and played for them. He left Wabash and finished his education at the University of South Dakota, while earning a law degree he married Carol Abourezk and worked at the States Attorney for Fall River County. He left Hot Springs and returned to Rosebud working in the Tribal Courts. Virgil married Karen McMath Hauff and spent 30 years together. They moved to Montana while Virgil spent ten years researching and updating U.S. Government land titles in Montana and Oregon. Thereafter he again entered into private practice in Rapid City, South Dakota and assumed various commercial interests with Karen by his side. Virgil then finished his career working for the Oyate through various interests, tribal governments, and agencies. A true humble champion of the Oyate. Virgil wouldn’t be Virgil without music, his band “Headstone” played all over the state entertaining the masses. He was a consummate professional, never to be found without a book in hand. His love for knowledge and an understanding of history and the world around him was fervent. Virgil had a larger than life personality and an infectious charm and smile. His dedication to the profession and people he encountered has made lasting impressions. He will truly be missed and loved by all whom knew him.

The family of Virgil Dale Hauff created this Life Tributes page to make it easy to share your memories.