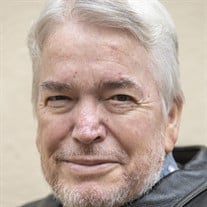 David L. Rooks, age 63, of Hot Spring, SD, on the Feast Day of Divine Mercy Sunday, and surrounded by his family at his home in Hot Springs, begin his great adventure Spirit Journey into the realm of Eternal Life. David Lawrence Rooks, son of Eugene and Willie Rooks, was born March 21, 1956, along with his premature twin brother, James, in Phoenix, AZ. He spent 10 formative years in the valley towns of Chandler and Tempe, Arizona. He then moved with his family to his father’s Native land of the Oglala Lakota on the Pine Ridge Indian Reservation where he graduated high school at Red Cloud Indian School in 1974. He attended College at Mount Marty in Yankton, SD on an academic/athletic scholarship, and later attended Chadron State College in Chadron, NE on the GI Bill. He learned life lessons on the oil fields of 5 states. He served his country with the First Infantry Division at Fort Riley, Kansas for four years. David met his best friend and wife, Sandra Gustad, in Pine Ridge, SD. They were married in August of 1992. Dave was an amazing father. His two lovely daughters Sarah and Jes, from Ranae Kihega, were joined by four more siblings Sam, Jake, Jenny and Michael. Dave was not a typical “stay at home Dad”, but did do the lion share of day to day duties of raising six children. Dave and Sandi lived their motto “Divide and Conquer”. David had the gift of writing and a way with words. He wrote for several newspapers and magazines, including the Rapid City Journal where he was a columnist since 1997. His most recent writings were “A Cancer Story”. This series of columns touched lives across the country with his candid and insightful thoughts on this disease. Many writers speak of writing their best seller. Dave lived a “best seller” life by his example of faith and love of family. David loved his Lord Jesus Christ. He loved the Catholic Church and spoke of his life changing experience at St. Agnes Church in St. Paul, MN in the Easter Season of 1993. He was devoted to the writings of Maria Valtorta, especially the great spiritual work “The Poem of the Man-God”. As an active Cursillo member, he attended a Catholic mens fellowship in Rapid City faithfully. It was during these fellowship meetings, under the patronage of St. Joseph, that Dave became a beloved "Brother in Christ" to many other Catholic men. He also served in the parishes of Hot Springs, Oglala and Our Lady of Perpetual Help as a lector and teacher. Dave was passionate about the game of soccer. He coached dozens of young boys and girls and had a huge influence on their lives. He was proud to have coached the championship teams of the Southern Hills Patriots and the St. Thomas More High School Girls. Dave recently passed the coaching baton to Michael, his youngest son. He is coaching Dave’s granddaughter’s team in Hot Springs. Grateful to have shared his life are his wife: Sandra Rooks; 3 daughters: Sarah (Kenny) Kiser of Hot Springs, SD, Jes (Matt) Cazes of Ponca City, OK, and Jenny Rooks of Minneapolis, MN; 3 sons: Sam Rooks of Rapid City, SD, Jake Rooks of Rapid City, SD, and Michael Rooks of Hot Springs, SD; 6 grandchildren; 2 brothers: Charlie (Rose) Rooks of Rapid City, SD and Mike (Sue) Rooks of Oral, SD; 2 sisters: Teri Nieschulz of Glendale, AZ and Kim (Scott) Crawford of Roswell, NM. He was preceded in death by his parents, twin brother James Rooks, sister Debi Rooks-Cook, and brothers-in-law Nelson Nieschulz and Louie Cook. A prayer vigil service will begin at 7:30 PM, Sunday, May 5, 2019 at Our Lady of Perpetual Help Cathedral in Rapid City, SD. A Mass of Christian Burial will begin at 10:00 AM, Monday, May 6 at Our Lady of Perpetual Help Cathedral, with the Rev. Brian Christensen as Celebrant. Following a luncheon at the Cathedral dining area, burial with Full Military Rites will take place at 1:30 PM at Black Hills National Cemetery, Sturgis, SD. Rooks Funeral Home of Eagle Butte, SD is entrusted with arrangements.

The family of David L. Rooks created this Life Tributes page to make it easy to share your memories.